This school year, my nature group tried our first attempt at foreign language plays. It has always seemed out of the ordinary to me that of us ten or so moms, seven different languages are spoken or being studied. One mom is fluent in Japanese, another in Afrikaans, one in Armenian, and one is fluent in Danish. In addition, a few families are learning French, two are learning Spanish, and one is doing sign language. For those of us with a fourth grader or older, Latin is also being taught, along with our other foreign language. So I thought we should take advantage of this diversity and allow our kids to hear what their friends are learning. Each family prepared five minute skits. I loved seeing what each family came up with. They were all as different in concept as in languages.

Arica and Kristin teamed up for a skit of The Three Billy Goats Gruff. The three goats ate leaves and crossed the bridge... 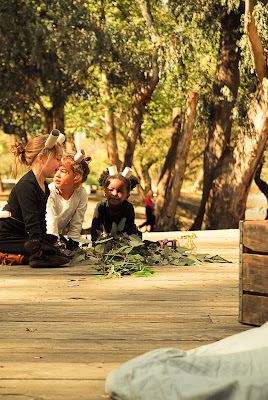 ...only to be opposed by a scary troll. Arica narrated their parts in Spanish. 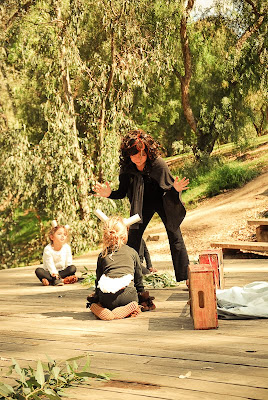 The Lanes marched around and sang a cute Danish song for us. 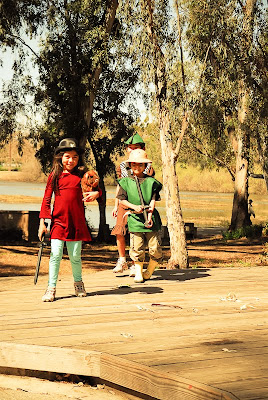 Isabella had her whole family in a French dialogue which included a French song. 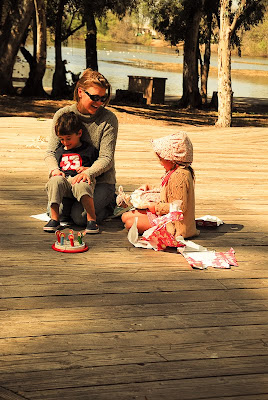 My boys played the part of French soldiers at a restaurant. 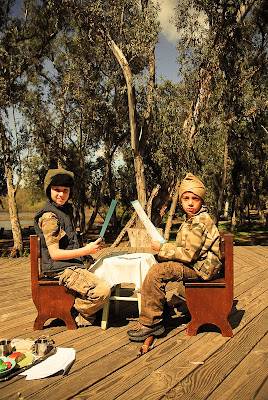 Ella was their shy waitress. 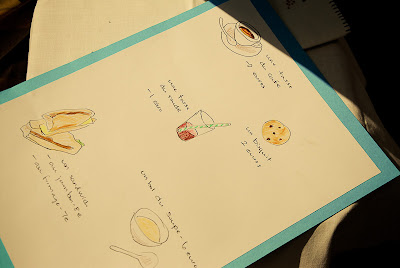 Not everyone in our group could be there that day, and we hated missing out on seeing out friends' productions. But we are planning to do this again sometime. After all the skits were performed, we shared food from the culture we are studying. The tamales almost made me switch to learning Spanish. But then the croissants brought me back to loving French. 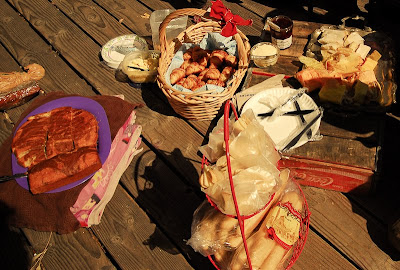 There were moments preparing for our play when I felt like I and my children were making something shamefully less than excellent. Rather then memorizing Baudelaire's Les Fleur du Mal, we were working on a dialogue about whether there are good sandwiches at a fictional restaurant. But a foreign language play turned out to be a good way to test whether our French vocabulary is actually turning into something we can use in the Francophone world, or whether it is just an ever growing list of vocabulary. And it gave a feeling of purpose to working on our accents, because by using the wrong accent we were often not saying the same word as we intended. So in the end, I feel the value of the exercise outweighed the negative high school flashbacks I experienced. And I can't wait to do it again.
Email Post