Choose some special study... Part I

In describing her Science curriculum in Volume 6, Towards a Philosophy of Education, Charlotte Mason wrote:


They are expected to do a great deal of out-of-door work in which they are assisted by The Changing Year, admirable month by month studies of what is to be seen out-of-doors. They keep records and drawings in a Nature Note Book and make special studies of their own for the particular season with drawings and notes.

The studies of Form III [approx. years 7-8] for one term enable children to––

"Make a rough sketch of a section of ditch or hedge or sea-shore and put in the names of the plants you would expect to find."

"Write notes with drawings of the special study you have made this term,"

"What do you understand by calyx, corolla, stamen, pistil? In what ways are flowers fertilised?"

"How would you find the Pole Star? Mention six other stars and say in what constellations they occur."

"How would you distinguish between Early, Decorated and Perpendicular Gothic? Give drawings."

Questions like these, it will be seen, cover a good deal of field work, and the study of some half dozen carefully selected books on natural history, botany, architecture and astronomy, the principle being that children shall observe and chronicle, but shall not depend upon their own unassisted observation.

The study of natural history and botany with bird lists and plant lists continues throughout school life, while other branches of science are taken term by term.


Looking also at her curriculum programmes, we find her mention, beginning around Form II (4th - 6th grade), under Natural History, something along the lines of:


Make special studies for August to December with drawings and notes: The Changing Year, by F.M. Haines (Wadsworth, 3/-), or, Countryside Rambles, by W.S. Furneaux (Philip, 2/6), may be used. [Furneaux's Nature Study Guide (Longmans, 6/6), may also be used for reference for outdoor work.] .

Here's a sample of a term's special study for even the youngest set from Programme 94 for Form I A & B, which I believe are Years 1-3:

Find and describe (a) six wild fruits; watch, if possible, and describe (b) ten birds, (c) five other animals. [The Changing Year, by F. M. Haines (Wadsworth, 3/-), or, Countryside Rambles, by W. S. Furneaux (Philip, 2/6): August to December. Furneaux's A Nature Study Guide (Longmans, 6/6), may be used for special studies and for reference].

With my oldest child heading into AO YR6, I am very interested in implementing some form of Special Study. Six years of weekly nature study and nature journaling has developed a keen eye, curiosity, wonder, recognition, and a sense of adventure in our kids. I believe beyond Nature Journaling, Special Studies are just the thing to help lead them to deeper levels of scientific observation and understanding, while still cultivating that necessary connection with the humanities.

In an effort to figure out how to implement Special Studies, I purchased a copy of Furneaux's A Nature Study Guide this past week. It was published in 1918 and in it I have found many similarities with CM's own ideas on nature study and her methods of education in general. Here's a summary of what I've read so far, I'll leave it to you to determine whether you think CM agreed with all of his points here or whether she merely used the book as a reference for her students. 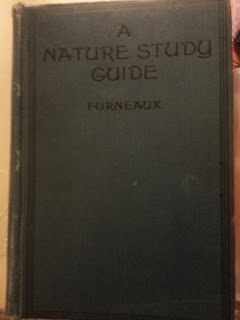 Unfortunately for you, I am no scholar and am reading through this for my own personal use with my kids so I apologize in advance for the crude note form. Nevertheless, I hope it will be of some value to those wanting to learn more about the special studies CM required of her students.


Nature Study is:
Isn’t:
Teacher should:
Value of Nature Study:
Nature Lessons:
Method of Nature Lessons:
Outdoor Work
1. The general form or build.
2. The character of the natural covering.
3. The limbs, especially in motion.
(a) The movable joints.
(b) The feet and their hoofs or claws.
(c) How far the limbs resemble, and how far they differ from, our own.
(d) How the animal moves about.
4. The head and neck
5. The ears (compare with the human ear).
6. The eyes: where situated; lids and lashes.
7. The mouth. -
(a) The lips.
(b) If possible, the teeth.
(c) How the animal feeds. Its food.
8. In all matters enumerated above, how the animal is peculiarly adapted to its habits and mode of life.
1. Divisions of its body
2. The large eyes, little feelers (antennae), and the sucking organ on the head, the food required by the fly and the manner in which it feeds.
3. The legs: where situated; how the fly walks, and its power of walking on very smooth surfaces, even in an inverted position.
4. The number and nature of the wings, and the wonderful power of flight.


Below is a list of the special studies listed in the book by season.


Spring the season of the re-awakening of life.

Vegetable Life.
The opening of buds.
Detailed study of one large bud:
Bud-scales and other temporary structures.
Gradual transition of bud-scales into leaves.
Simple experiments to demonstrate the manner in which the sap flows.
Germination of various seeds under different conditions as to moisture, food, heat and light.    Records kept Plants reared from seeds, in a good soil, for continuous observation. Records of life-history.
The growth of bulbs and corms.
The growth of potato plants from the tubers under varying conditions. Make records.
Spring flowers (chiefly outdoor studies):
Habitats and habits.
Calendar observations.
Cultivation of flowers in the school garden.


Animal Life.
Forms and habits of the common creatures of the garden - snails, slugs, centipedes, young spiders, etc.
Rearing of caterpillars or other insect grubs for the study of their metamorphoses.
Observations of aquatic creatures in the school aquarium:
Development of frogs' eggs.
Various aquatic larvae.
Water snails. Small fishes.
Marine life as seen in the rock-pools.
Study of the common birds of the neighbourhood:
Return of the summer visitors.
Nest building and the care of the young.
The common mammals of the neighbourhood:
Wild and domestic. Forms and habits.
The frolicking of young animals - lambs, kittens, etc.
Studies of Earth, Air and Sky.
Daily path of the sun: rising, setting, altitude at mid-day.
Lengthening day and increasing warmth.
Spring winds and showers. Droughts and dust.
Planets visible at the time. Appearances and movements.
Stars. Their apparent motions. Conspicuous constellations.

Summer the season of greatest abundance of animal and vegetable life, and of rapid growth and development. [my note: interestingly, in California, summer is the dormant month for many of the natives due to the heat.]

Plant Life.
Summer wild flowers - chiefly outdoor work:
Observatinos of habitats and habits.
The flowers and weeds of the garden:
The struggle for existence.
How plants are protected - thorns, spines, prickles, etc.
Forms and arrangement of leaves. Leaf mosaics. Functions of leaves.
Storage of food in rootstocks, tubers, bulbs, etc.
Calendar of summer flowers. Records of observations on the habitats, habits, flowering, fruiting, etc.
Parts of the flower and their uses:
Relation between flowers and insects.
Relationships in plants, as shown in the structure of the flowers and other parts.
Our forest trees and shrubs. General form, bark, branching, leaves, fruit, etc.
Simple experiments illustrating the general activities of plants:
Absorption of water, transpiration, movements of sap, formation of starch and other products.
Flowerless plants and their life-histories:
Ferns , mosses, lichens, fungi, algae.
Animal Life.
The small creatures of the garden.
Common birds of the neighbourhood.
Habits of animals seen during school rambles.
Common creatures of our ponds and streams.
Life in the rock-pools on the coast.
In all the above attention paid particularly to -
Movements-voluntary and instinctive.
Means of defence and offence.
Means of capturing or procuring food.
Manner in which the food is eaten.
Construction of homes or shelters.
Solitary and social life.
Storing of food not required for immediate use.
Care of the young: preparations for, protection, feeding, teaching, etc.
Construction of snares - spiders.
Resemblances to environment, and mimicry.
Studies of Earth, Air and Sky.
The sun: rising, setting, altitude at mid-day.
Length of the day. Summer temperatures.
Summer showers and droughts. Their effects.
The planets visible.
The star-constellations visible in summer only.

Gradual reduction in temperature and gradual decline in both animal and vegetable life.

Vegetable Life.
Ripening fruits. How fruits are formed.
Difference between fruits and seeds.
Uses of the fruits (seed-cases) to the seeds within them.
Splitting and non-splitting fruits.
Collection of fruits and seeds. Agents concerned.
Autumn flowers-studied, as far as possible, in their habitats.
Decay of leaves. Autumn tints.
Fall of the leaf. Cause of. Observations and records.
The meaning of decay. Action of bacteria.
Storage of food by biennials and perennials.
Animal Life.
Creatures that never live to the end of the year:
Deposit of eggs before they die.
Storage of food for the winter - squirrels, bees, etc.
The movements of birds. Summer visitors leaving. Winter visitors arriving. Birds of passage.
Small creatures of the garden seeking shelter for the coming winter.
The Earth, Air and Sky.
The shortening day and decreasing temperature.
Observations of the rising and setting sun:
Decreasing altitude of the mid-day sun.
Autumn gales, mists, and fogs.
The planets visible at the time.
Some constellations of stars visible only during the autumn.


Winter Studies
Life now at its lowest ebb. Many plants and animals in a dormant condition.

Plant Life.
Winter condition of deciduous trees and shrubs.
Study of winter buds.
Evergreens: their principal characteristics.
Conifers and their cones.
Winter condition of hedge, field, wood, and moor.
Winter flowers: snowdrop, hazel, furze, etc.
Early flowers in sheltered places.
Winter condition of herbaceous biennials and perennials: their roots, tubers, corms and bulbs.
Animal Life.
Hibernating animals: their homes and their condition.
Winter hiders, including the little creatures of our gardens.
Dormant stages (pupae) of insects.
Birds seen in winter.
Animals that change their covering for the winter:
Advantages of this change.
Winter life of the squirrel.
Domestic animals.
The care of flocks and herds in winter.
Bees in winter.
Queen humble-bees and queen wasps.
The Earth, Air and Sky.
The snowstorm. Snowcrystals and flakes. Compare with other crystals.
Frost and its action.
Ice and its properties. Icicles.
Winter storms and floods.
Winter landscapes. Contrast with summer.
Winter condition of ponds and pools.
The seashore in winter.

(For any time of year)
Vegetable products: their properties and uses.
Aninmals products: properties and uses.
The jetsam of the seashore.
Various human activities in town and country.
Weather charts: how made, and their use.
The rocks and soils of the neighbourhood:
Building and paving stones. Their properties.
Other mineral products of the neighbourhood.
Disposition of rock-beds in the locality.
The forces moulding the land:
Streams and their action.
Action of the sea on the land.
The atmosphere as a denuding agent.
Clay, chalk, coral, and other interesting rock-formatinos.
The magnetic compass: its principle and use:
How to find the geographical North by means of the compass, the pole star, and the sun.
The northern constellations of stars always visible:
Their apparent daily motion.
The Milky Way. The universe.